Embattled Nollywood actor, Yomi Fabiyi has reacted to his colleague, Mo Bimpe after she addressed allegations that he demanded s3x for role from her.

Recall that the actress, who is now married to actor Lateef Adedimeji, revealed via a post on Instagram that Fabiyi never demand s3x from her for a role.

However, she claimed he asked her out after they were done shooting a movie, adding that he made it clear that they either date or become enemies.

Following her allegation, Fabiyi took to Instagram to speak about people destroying the ladder they used in climbing to the top.

He went on to state that he hate half truth and was ready to take up a challenge.

He wrote: “Hello you say what? I am coming, I am in the library.

“It is safe to say some people will want to DESTROY the ladder they use in climbing to the top by all means possible and a handful will still indulge such.

“Nothing is as efficacious as Natural Justice. I hate half truth. 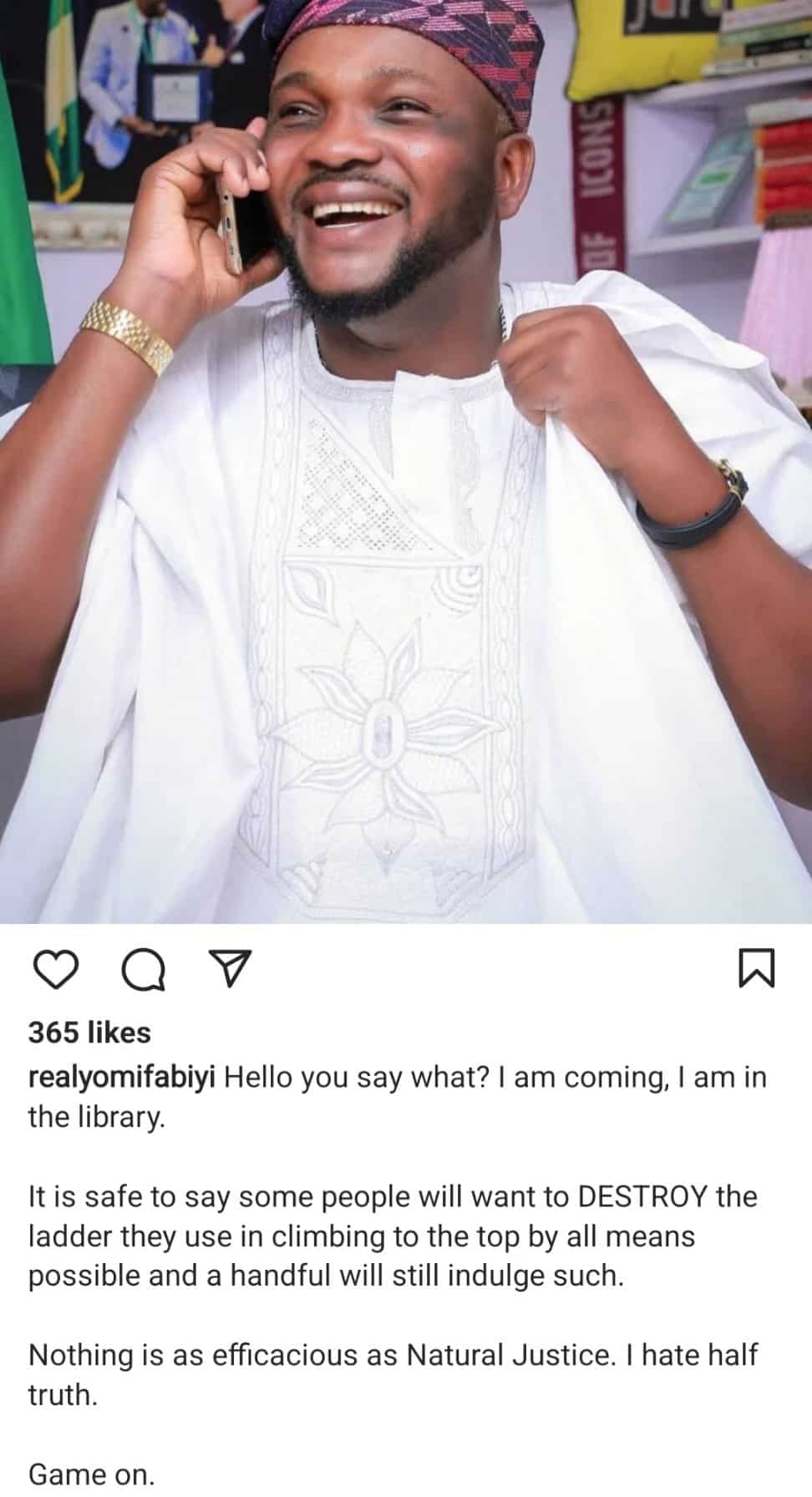