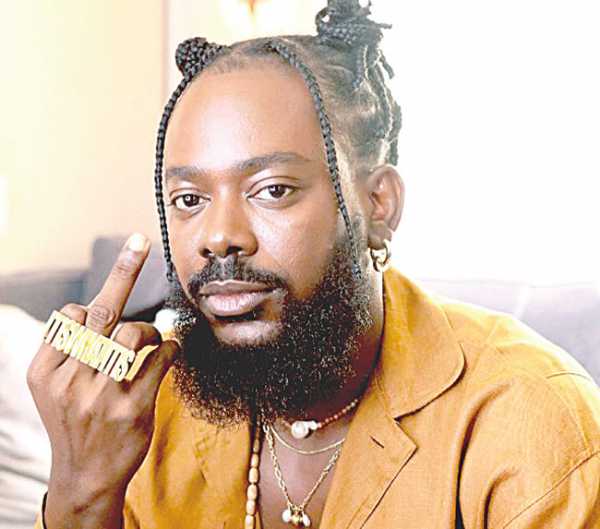 Nigerian pop star, Adekunle Gold, has revealed that when he was 20 years old, he begged God to take his life. The singer via an open letter to his fans explained the pains he went through during his childhood as a sickle cell anaemia carrier.

“I was born with sickle cell disease. It was life and death, it was physical, mental, and financial, you name it and I went through it all. It was tough, painful and frustrating. I lived with a sickness no one around me understood. I lived with restrictions all my childhood.

“I wasn’t able to join some of the most minor childhood play and liberating activities like going out in the rain. The times when I insisted and rebelled against my parents’ orders and went out in the rain, I would end up having a crisis.

The multiple award-winning singer further stated that he had the worst moments at night.

He said, “The nights were painful and lonely, nights that no one could help me get through. It was just me, God and my mind. The pains and shivers were unbearable.

“They always came in the night, when my family had no means to transport me to a hospital. We simply couldn’t afford the constant hospital bill so I had no choice but to endure the pain.

“My mum wanted me to be well. She did her best. She took me to all the churches she could find. I’m grateful for her because she saw the future in me. A future where no illness or sickness could hold me back from my purpose, from the life I was destined to live.

“Sickle cell disease took away my freedom, my childhood. I lost friends, a lot of them. Some didn’t understand the restrictions and rules I had to live by, some just didn’t want to deal with my illness or thought it was a nasty or contagious disease that they could catch. I was a burden for some, living with sickle cell is far from living a normal life.”

Taking a trip down memory lane, the singer recalled when he was 20 years old and during a moment of crisis, he begged God to end his life.

“One of the most intense crises I had was at the age of 20, I remember laying in my bed in the middle of the night asking for an end to it all. I begged God to take my life away because I couldn’t understand what I did to deserve the pain my body and mind was under. As usual with sickle cell after some days, the pain subsided and God asked me; “that end you begged me for, do you still want it?

“My body caves in once in a while, some symptoms come back but what this disease has taught me is resilience. Sickle cell anaemia gave me hope, made me tough, gave me the discipline I needed to be who I am today, built my character. I mean I went through a whole 5 weeks of back-to-back performances and didn’t fall sick. Grace,” he said.

The father of one who is married to his colleague in the music industry, Simi, revealed that he shares his testimony to encourage anyone going through the pains he encountered while growing up.

“I’m sharing my testimony with you because I hope that you can find strength in my truth. Some ailments hold us back but I’m thankful this hasn’t. I want to encourage you in whatever it is you’re going through, know that there is hope. You are strong and you must not give up. You can do this. Victory lies at the end for you just as it did for me.

“If you know anyone going through any struggle, physical, health, mental, be kind! Show compassion! In fact, be kind to everyone, you just never know what they are dealing with privately. Be supportive, be gentle and love endlessly. If you are a sickler, know that the disease does not define you. Don’t allow it to limit your dream or cap your potential. Spread your wings and dream big! Hope to see you soaring in the big skies,” the singer said.

The post Why I Begged God To Take My Life At 20 — Adekunle Gold appeared first on Information Nigeria.