Nigerian-born Kemi Badenoch, seeking to become the next prime minister of the United Kingdom, was eliminated from the contest on Tuesday.

The development has now left the three remaining candidates, Penny Mordaunt, Liz Truss and Rishi Sunak to convince Members of Parliament they deserve a spot in the final two ahead of the next round of voting Wednesday afternoon.

Ms Badenoch, the former equalities minister, who mounted an impressive and insurgent campaign, was praised for her vision and ‘honest politics’, which saw her perform much more strongly than expected. 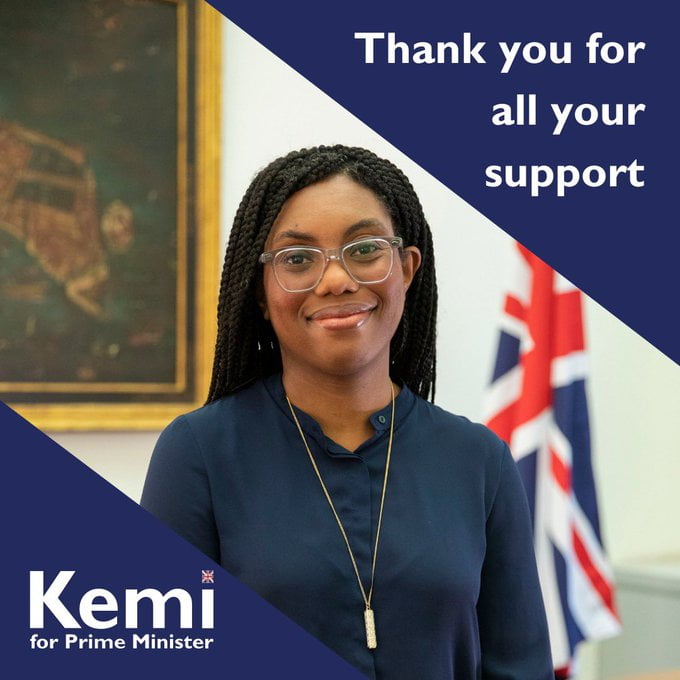 Ms Badenoch was eliminated from the race with 59 votes, while Rishi Sunak had the highest vote of 118, followed by Penny Mordaunt with 92 votes and Liz Truss, the Foreign Secretary with 86 votes in the fourth ballot.

The battle line is now drawn between Ms Mordaunt and Ms Truss for the coveted second spot to be decided by Members of Parliaments on Wednesday afternoon.