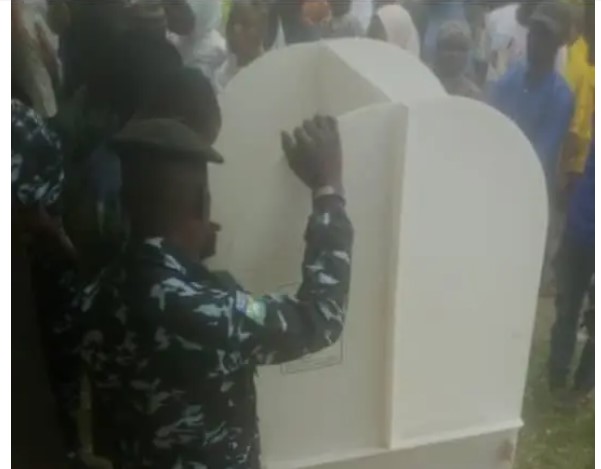 A police officer was caught on camera instructing a voter who to cast their ballots for in the ongoing election in Osun State.

Eagle eyed observers captured the moment the officer was giving out instructions to voters. It was unclear who the officer told them to vote for.

Although there are 15 candidates in the election, political pundits have said it is a rematch between incumbent Governor Gboyega Oyetola of the All Progressives Congress (APC) and Senator Ademola Adeleke of the Peoples Democratic Party (PDP), who squared off in 2018.

There are a total of 1,955,657 registered voters in the election which is taking place across 3,763 polling units.