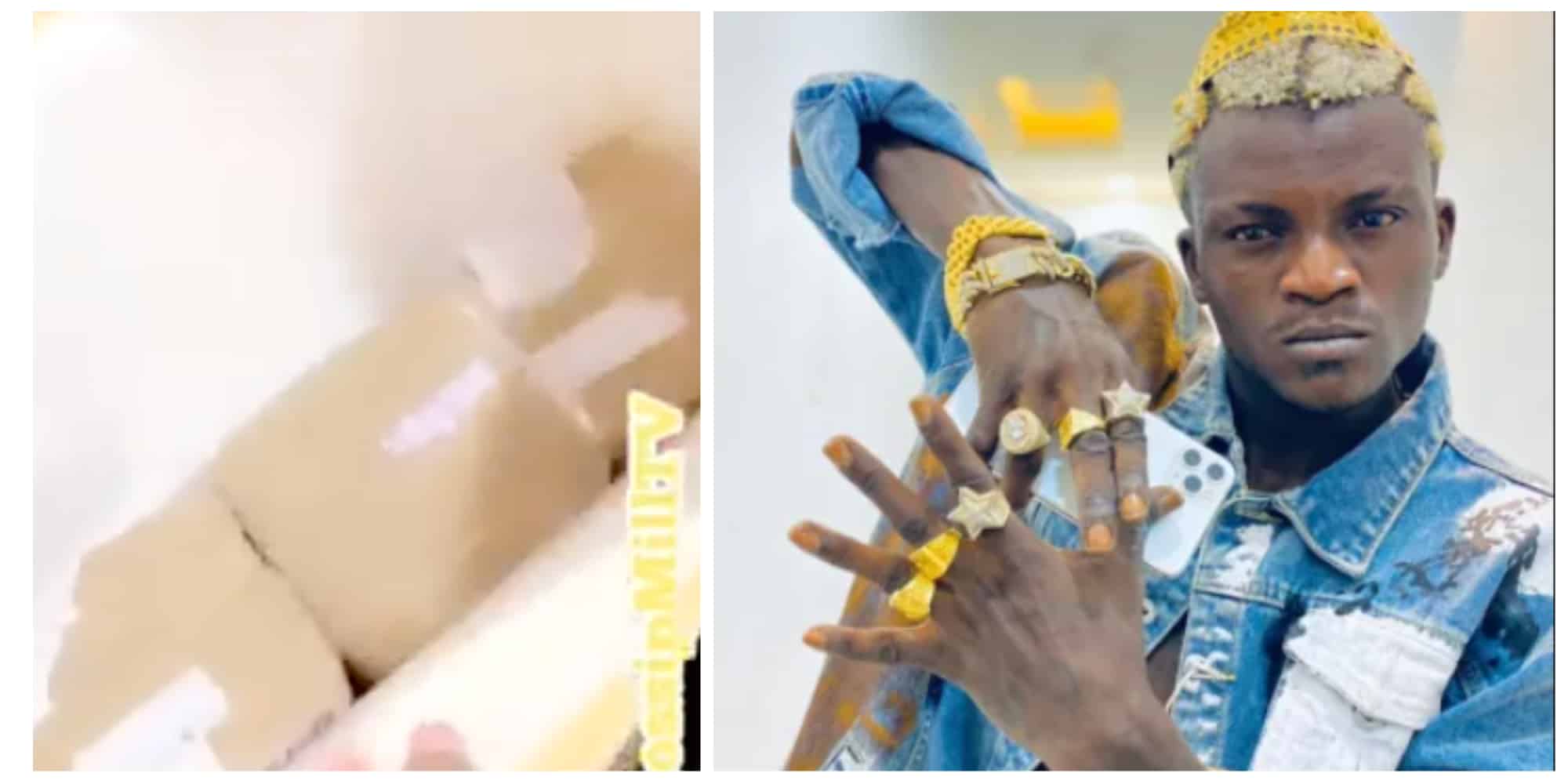 In the video sighted online, Portable was seen campaigning for the Osun State Governor as well as the All Progressives Congress (APC) presidential candidate Bola Tinubu.

The singer urged Nigerians to accept Tinubu including Oyetola who is seeking a second-term bid in Osun State.

Portable, while he was leaving the governor to take pictures with some fans, showed off the cash gift he allegedly received from Oyetola.

Someone in the background of the video had insisted to see the money and Portable opened the bag before he grabbed it from the people dragging the bag with him.

The video attracted reactions from netizens. See some views captured below.

jesuspikincomedian wrote: “This zazu don delete himself from David low-key like this”

wambui_goodlooks wrote: “Make Zach catch out oh ,I no see any difference in them and him na the kind government want bring us Zazoo Dey display Daily. We shall vote in the right candidate,May God help us”

l.tobiloba wrote: “A thug recommending a Thug, what do you expect from a fame-by-chance Hoodlum?”

keku_abayomi1234 wrote: “Zazu is just after money nothing else”