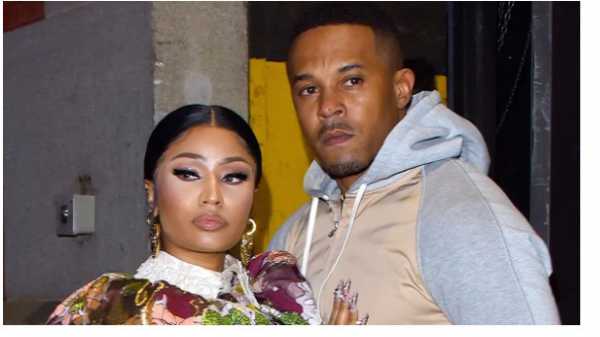 Kenneth Petty, husband to Queen of Rap and Hip Hop, Nicki Minaj, has avoided a 10-year jail sentence after failing to register as a sex offender when he moved to California with his wife.

Petty, 44, will instead be forced to stay in his multi-million-dollar Calabasas mansion under home detention for the next year and ordered to pay a $55,000 fine. He married Minaj, 39, in 2019.

Petty was arrested in March 2020 after being indicted for failure to register as a sex offender.

At the time, Petty pleaded not guilty and posted $100,000 bail, according to records accessed by PEOPLE.

He initially faced legal trouble after being pulled over by the Beverly Hills Police Department on Nov. 15, 2019, when the department determined he was registered as a sex offender in New York but not in California, where he now resides, TMZ previously reported.

Petty is required to register as a sex offender, as he was convicted for the first-degree attempted rape of a 16-year-old girl in 1995. He was sentenced to 18 to 54 months, but spent four years in prison. Petty is a level two registered offender in New York, which means he’s considered a “moderate risk of repeat offense.”

According to court documents in June 2019, the federal prosecutors initially wanted to sentence pretty because he intentionally failed to register as a sex offender as required by the Sex Offender Registration and Notification Act (SORNA).

According to SORNA, a sex offender is “required to update their registration in each jurisdiction they reside, are employed, or attend school.” Failure to register is considered a federal crime.

In August 2021, Jennifer Hough, filed a lawsuit against Petty and Minaj, in the eastern district of New York, in which she accused the pair of attempting to intimidate her into recanting her rape accusation.

The lawsuit also accused Petty and Minaj, who married in October 2019, of intentional infliction of emotional distress and alleged that the couple had offered Hough up to $500,000 to recant her claims.

The suit was then dropped by Hough in January, according to documents obtained by PEOPLE.