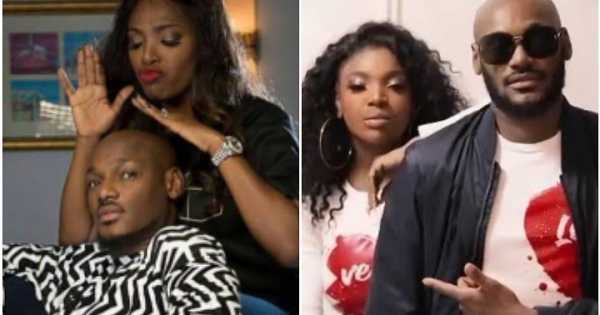 This is coming hours after his wife was dragged mercilessly online for allegedly clashing with him and blocking him on Instagram.

Annie however claimed that she never unfollowed him and it only appeared that way due to an Instagram glitch.

This didn’t stop ‘online inlaws’ from dragging the actress to filth as they claimed that she always feels jealous whenever he’s in company of his babymama, Pero.

Reacting to the entire drama, Tuface shared a video warning everyone to leave his wife alone. According to the father of seven, Nigerians love reading meaning into things that are not really important.