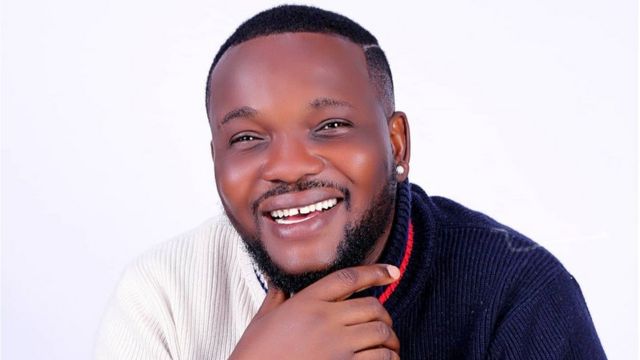 Nollywood actor Yomi Fabiyi has said the public should hold his wife, Grace Jimoh responsible if anything happens to him.

In videos shared on his Instagram page, Yomi Fabiyi said he ran away from his home over alleged violence from his wife, Grace.

Yomi shared screenshots of how his relationship with Grace started amidst speculations that he demanded s3x from her in exchange for a movie role.

The actor said that he would not wait until he is killed before he runs away from his house adding that men go through hell but some criminals keep playing the gender card and emotional blackmail.

According to Yomi, his wife’s reason for the violence was due to a chat with his ex-wife, Fran and there was nothing sexual or amorous between them.

He wrote: “UNTIL I AM KILLED BEFORE I RUN. Men go through hell but these criminals keep playing GENDER CARD AND EMOTIONAL BLACKMAIL. Enough.

“The unfortunate part are those reckless folks hoodwinked into believing this is genuine and right thing to fan, support and advocate for. Shame on them all. They stink and are real danger to peace and rights of others.

“HER REASON FOR VIOLENCE: She sneaked into my phone and saw chat with my wife Fran. Nothing sexual or amorous.

“This was how it started with Grace and I. Is this SEX FOR ROLE? Only a criminal or reckless journalist will not balance story before reaching a conclusion.”

The post ‘If I Die, You Know Who To Hold Responsible’- Yomi Fabiyi Runs Out Of His House During Midnight (Video) appeared first on Information Nigeria.