Daniel Kadzai, a former, National President, Youth Wing of the Christian Association of Nigeria, (YOWICAN) and Co-Chairman of Interfaith Coalition Conference, has narrated how he escaped death by the whiskers in the road accident that involved the convoy of the Benue State Governor, Samuel Ortom in Abuja.

DAILY POST had reported that the governor’s convoy was involved in an accident in the Federal Capital Territory, Abuja.

Terver Akase, Ortom’s Special Adviser on Media and Publicity, in a statement on Sunday, confirmed that no life was lost in the incident. 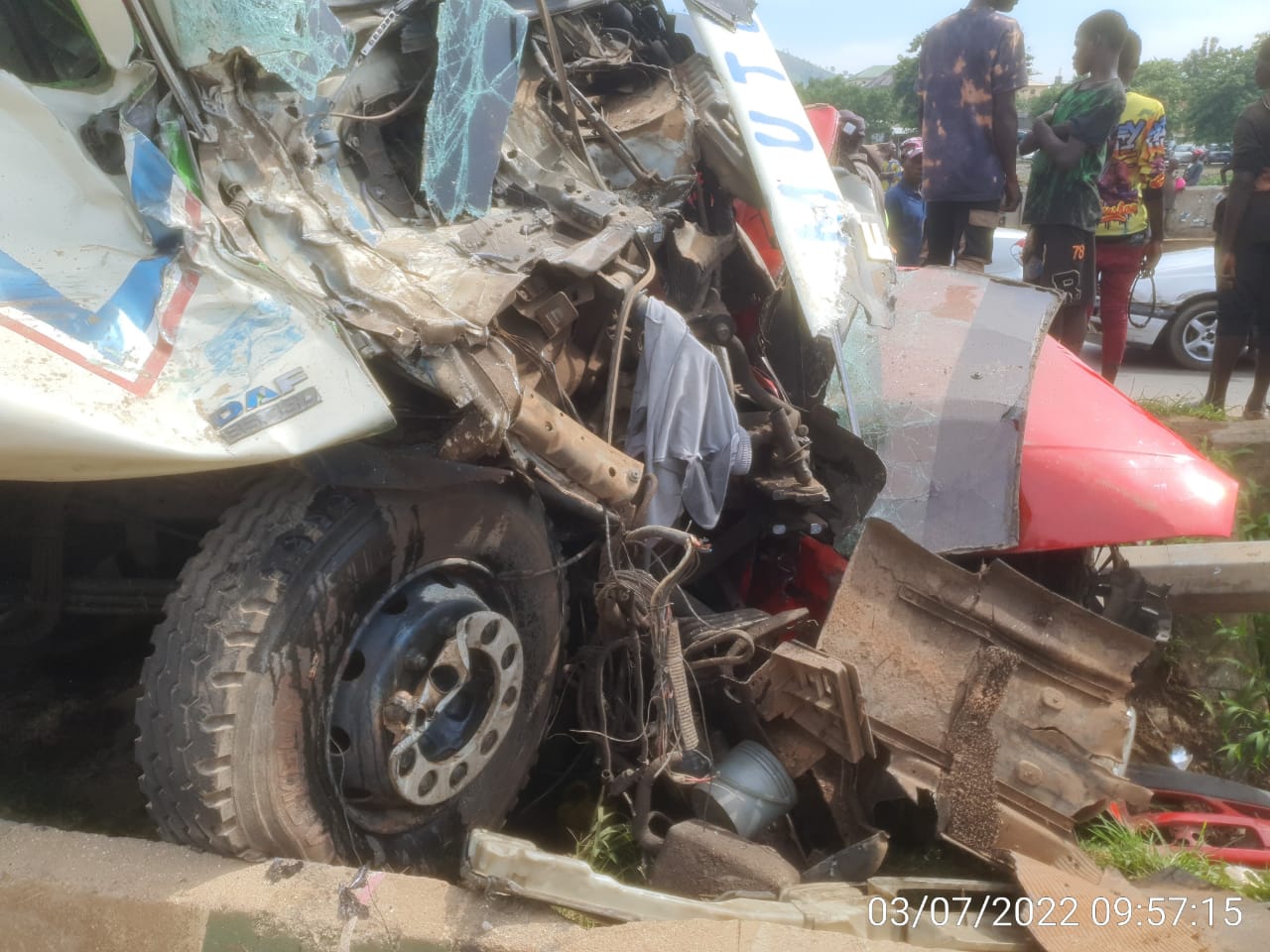 Akase had informed that the convoy was heading to Benue State after dropping off Governor Ortom at the Abuja airport when one of the vehicles collided with a Golf car near the Karu Flyover in Nyanya.

However, Kadzai, who was on his way to attend a church service in Mararaba, Nasarawa State while narrating his experience, said he received divine intervention as he escaped being crushed to death in the incident

In a chat with DAILY POST, Kadzai narrated how the offensive trailer dodged his vehicle before colliding with four other cars.

Sharing images of the accident with our correspondent, Kadzai insisted he escaped only by divine intervention.

“On my way to Church on Sunday 3rd July 2022, God shielded me from this ghastly motor accident unhurt between Kugbo and Nyanya, Abuja,” he said. 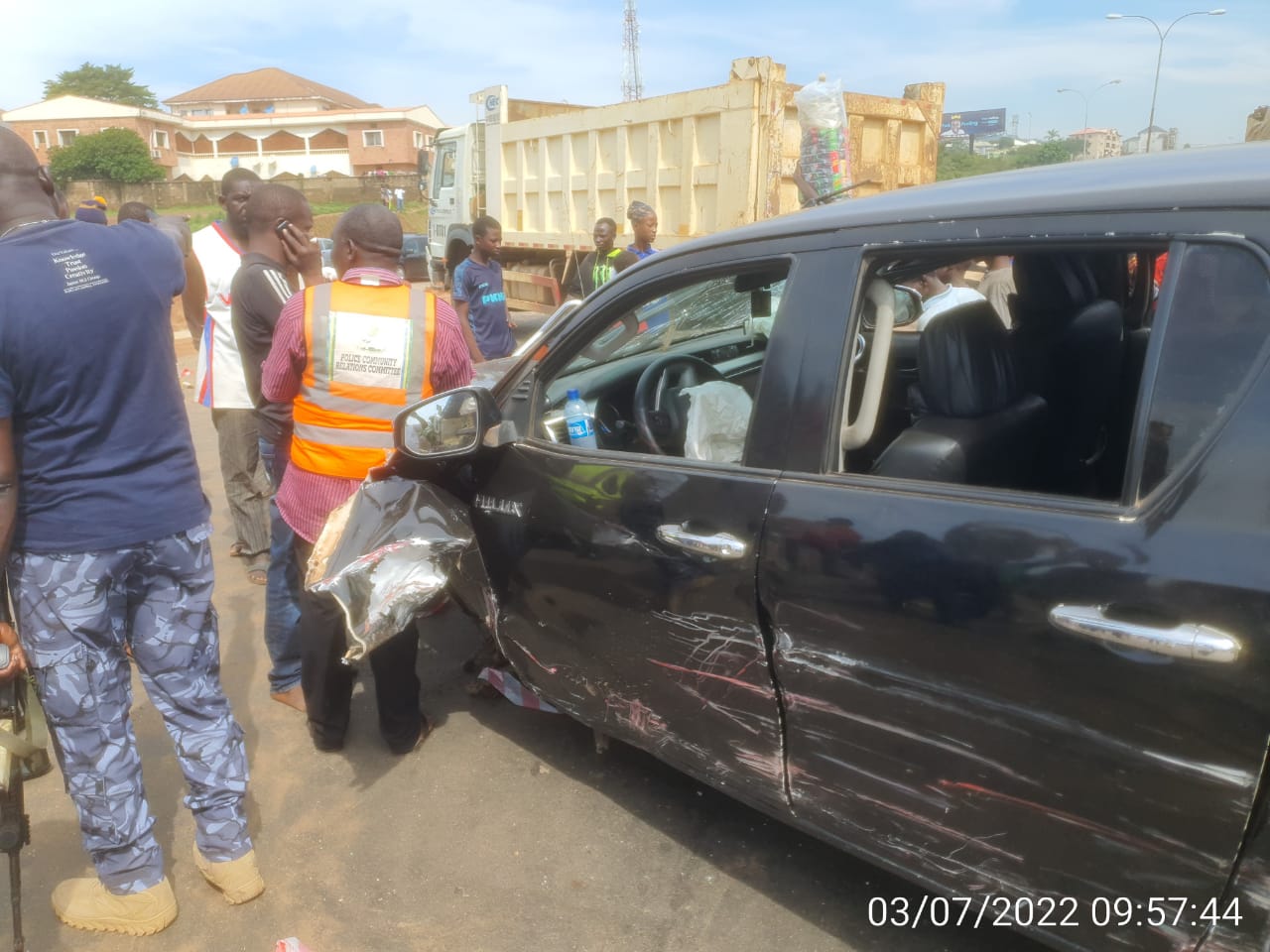 “Not even a scratch; I was driving my BMW X5 right in the centre of the four vehicles involved in that deadly mishaps.

“My car was behind the red VW Golf, while the Hilux was behind my car and the road construction truck by my right. The Dangote truck lost control rolling dodging my car and on top of the VW Golf, Toyota Hilux and the Construction Truck.

“Psalm 28:7 ‘The LORD is my strength and my shield; my heart trusted in him, and I am helped: therefore my heart greatly rejoiceth; and with my song will I praise him,” Kadzai prayed.