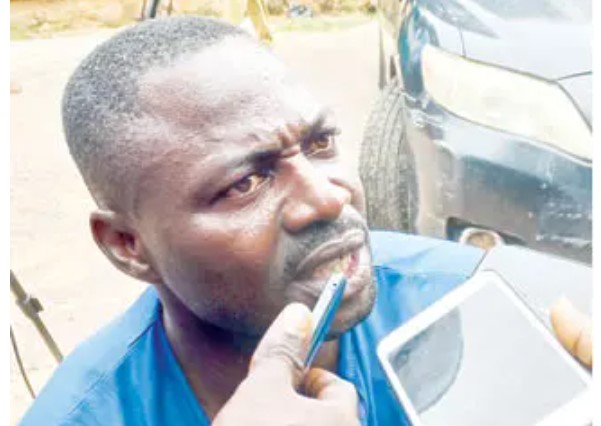 A 45-year-old man, Adewale Adesanya, has been arrested by the police in Oyo State for generating fake bank alerts to defraud Point of Sale (POS) operators and business owners.

Adesanya, who was arrested with four bottles of a champagne brand, Dom Perignom, valued at N117,900 each, confirmed to Daily Trust that his colleague in the business trained him in the fraudulent act.

He said they bought goods worth millions of naira with fake alerts they generated with an application on their phone.

The suspect said the last transaction he did which exposed him was about N185,000 for which he generated a fake alert for a POS operator in Ibadan.

He said, “I cannot lie again. It is true we are doing the business. We have an application we use to generate fake alerts for POS operators. I am not the only one doing it. My second person fled when he heard I was arrested. We make millions of naira with this business. The last one I did was N185,000.”

Parading the suspect at the police headquarters, Eleyele, Ibadan, the Commissioner of Police, Adebowale Williams, said the suspect who resided at No 7, Awosika Street, Old Bodija, Ibadan, was arrested by a team of detectives led by Insp Esoso Esoso.

The post How We Buy Goods With Fake Bank Alerts – Suspect appeared first on Information Nigeria.