Recall that Chacha had ended her marriage of nine years over alleged domestic abuse.

Sequel to this, a popular blogger alleged that Chacha had snatched her husband from her friend, Eve.

Speaking on the rumors, Eve said she has never had carnal knowledge of Faani, while also setting the records straight with regards to other rumors that she allegedly brought Chacha Eke into Nollywood and housed her.

She wrote: “FOR THE RECORDS:

1. I HAVE NEVER HAD ANY CARNAL KNOWLEDGE OF AUSTIN FAANI. CHA AND FAANI ARE MY FRIENDS.

2. I NEVER BROUGHT CHA TO NOLLYWOOD, WE MET ON SET AND BECAME FRIENDS.

3. CHA NEVER LIVED WITH ME IN PHC. A FRIEND VISITS A FRIEND. HOW DID FRIENDSHIP TRANSLATE TO BEING A BOSS?” 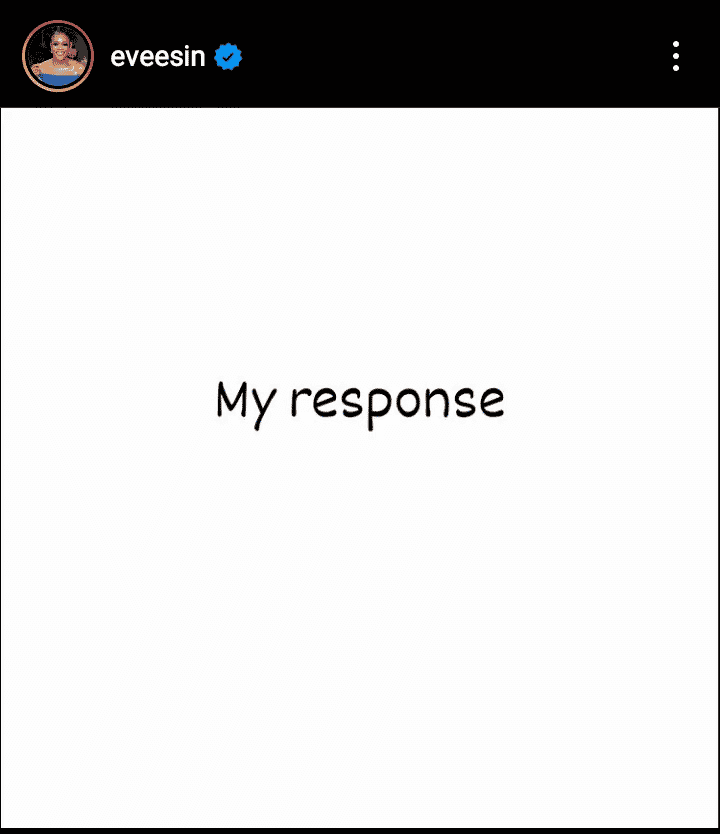 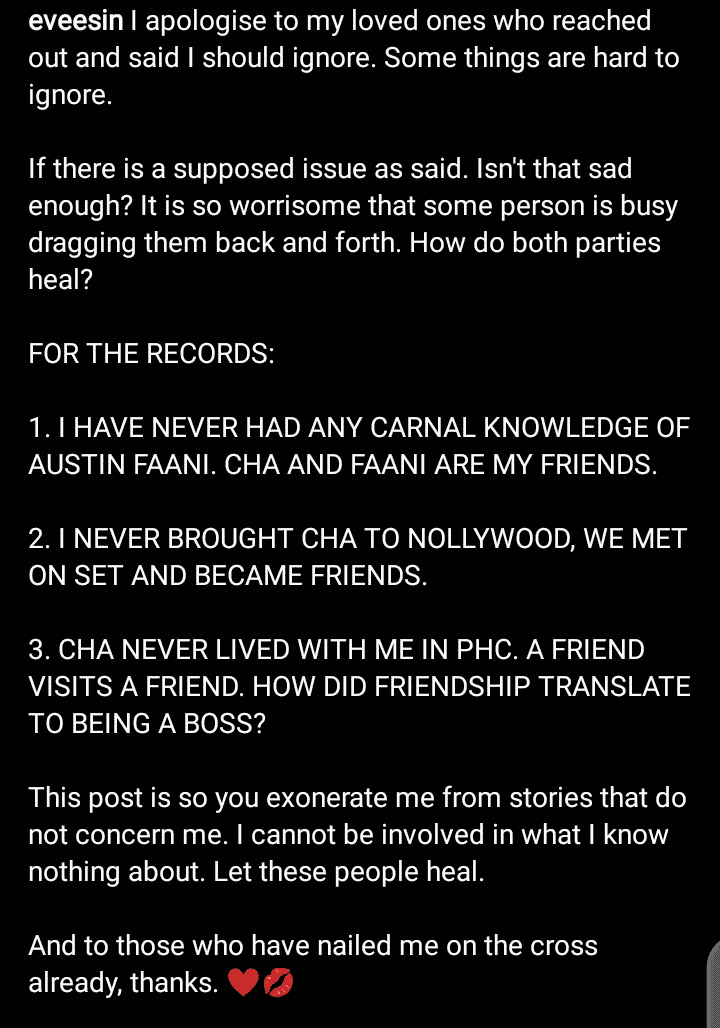 As she urged the public to let Chacha Eke and Austin Faani heal, Eve Esin also cautioned people to leave her out of stories that don’t concern her as she can’t be involved in what she knows nothing about.

The post Eve Esin Reacts To Rumors Of Chacha Eke Snatching Austin Faani From Her appeared first on Information Nigeria.