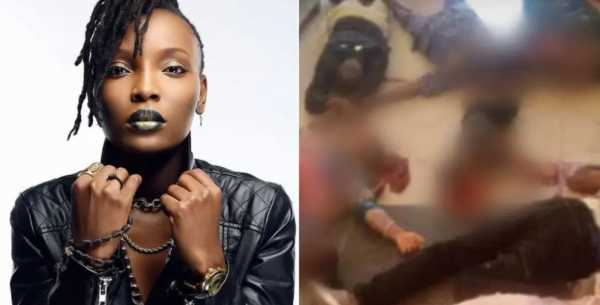 In a post shared on the microblogging platform Twitter, DJ switch who was an active protester during the popular #EndSARS and Lekki shooting incidents said the scenes from the Ondo attack are devastating.

DJ Switch opined that Nigeria is a failed experiment and expressed worry at how families woke up, went to worship and died.

According to DJ Switch, the killing at the Catholic Church in Owo and other parts of the country is political asking what could be the reasons for the suspected Fulani herdsmen engaging in such activities.

She tweeted: “Scenes from the Ondo shooting is so devastating! I feel sick! Families woke up, went to worship and just died, for nothing! Nigeria is a failed experiment at this point! These killings are political in my view because why?”

Recall that DJ Switch has been in exile for some time now, over the role she played during the Lekki Massacre in October 2020.