Various labour unions in Oyo State, on Tuesday, joined their counterparts across the country to embark on protest.

DAILY POST recalls that the Nigeria Labour Congress (NLC) had called on workers across the country to embark on a two-day nationwide protest.

This was in view of the ongoing strike embarked upon by the Academic Staff Union of Universities (ASUU). 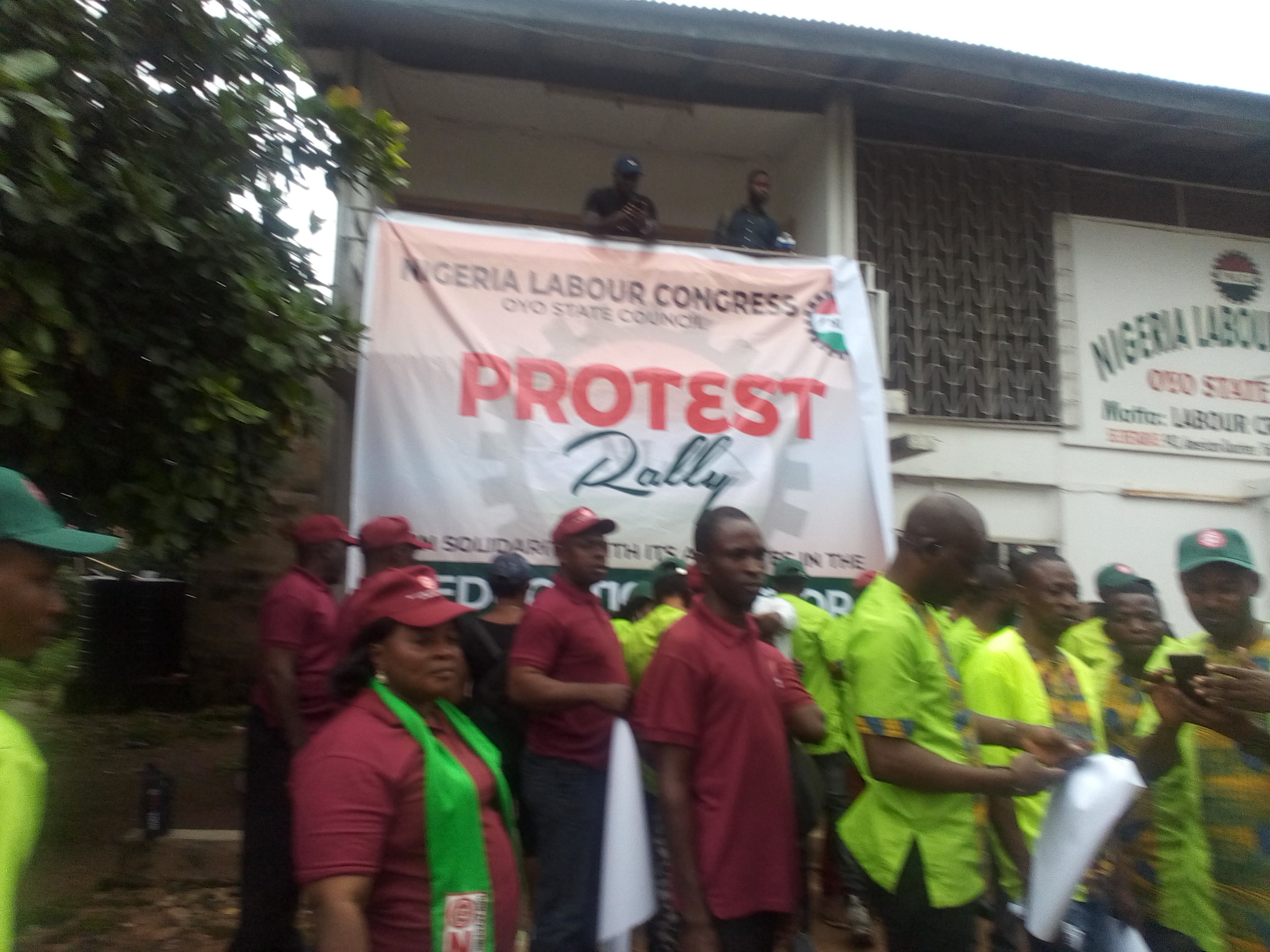 DAILY POST correspondent, who is monitoring the procession, reports that the protest started at the State secretariat of the NLC in Ibadan.

Some of the unions and associations that have been seen by our correspondent included members of Academic Staff Union of Universities (ASUU), Trade Union Congress (TUC), NULGE and the Nigeria Union of Journalists (NUJ). 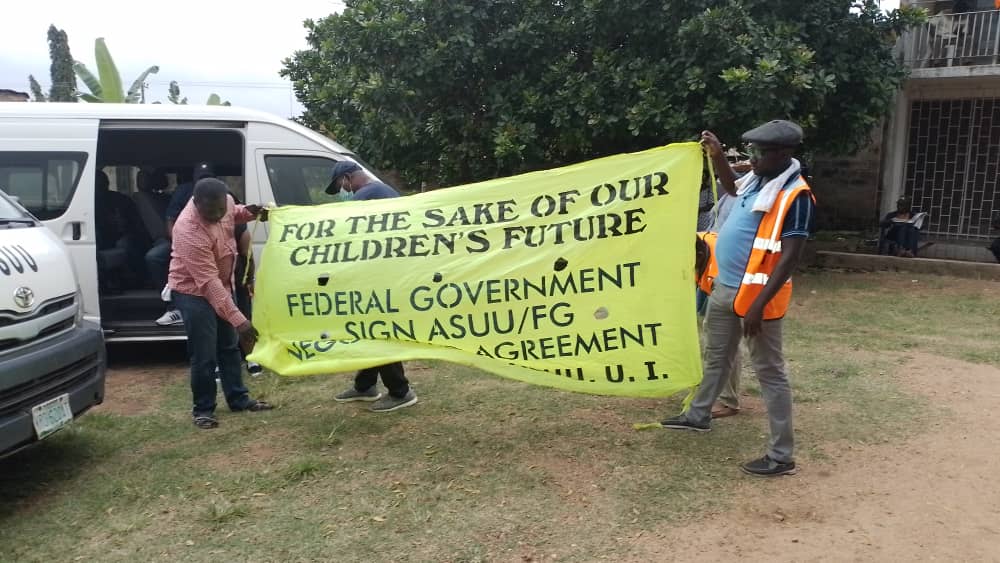 Others are NUPENG, JUSUN, SSANU and NASU.

The protesting workers have commenced the protest at the NLC secretariat and are currently matching to other streets and locations in Ibadan. 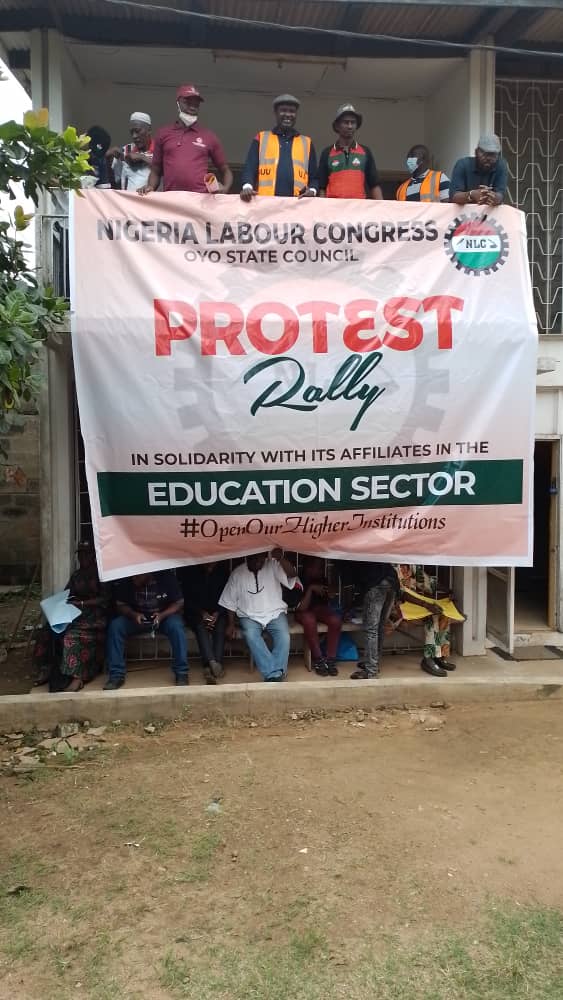