Recall that the Peoples Democratic Party, PDP, had yesterday made a similar call, citing alleged illegal substitution of running mate.

The PDP asked the court to sack Obi and the All Progressives Congress, APC candidate, for using place-holders and later announcing fresh running mates.

And similarly, Ahmad pointed out that Obi is not supposed to run for the presidency under the Labour Party, which he just joined in May 2022.

Recall that prior to the presidential primaries of the PDP, Peter dumped the main opposition party and joined the LP where he contested for the primary election and won.

Ahmad claimed that Obi’s name is not in the LP’s membership list submitted to INEC by the party.

“In line with EA2022, the INEC should disqualify the LP presidential candidate from contesting the 2023 election.

“The candidate isn’t on the party’s membership list submitted to the electoral body. The list was submitted on April 25, while the candidate joined the party on May 26” he tweeted. 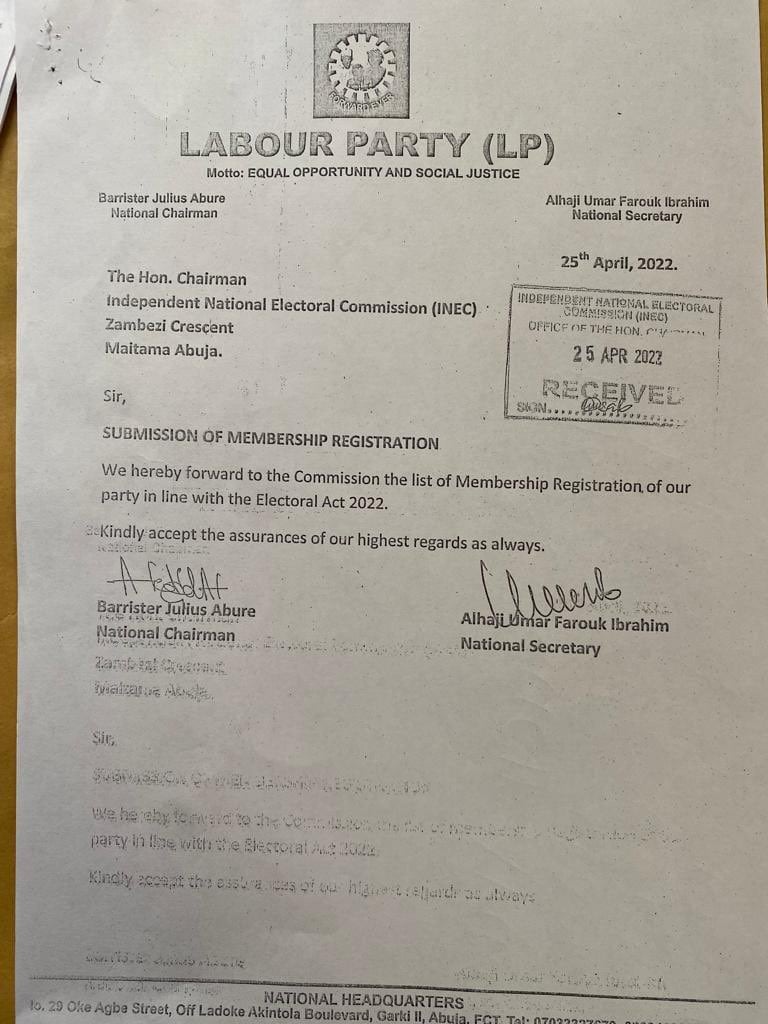