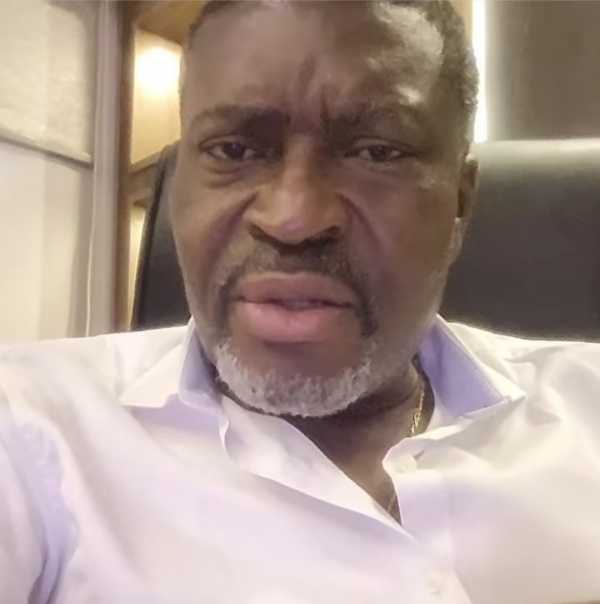 Popular Nollywood star, Anayo Modestus, fondly known as Kanayo. O. Kanayo, has opined that getting a PVC is better than going to church or mosque.

The movie star made this known through his verified Instagram page where he posted a video explaining that every citizen of Nigeria has the power to save the country. The actor also said that if by now a citizen of the country hasn’t gotten their PVC, then they are part of the problem Nigeria is facing.

The actor further emphasized that voting is better than going to church or mosque because it isn’t a prayer or social media activity but a physical method where everyone comes together to pick their candidates.

He said, “You and I have the power to save our country. No one can do it but you. Do not say your vote will not court. First, go and perform your civic responsibility of casting your vote. Going to vote is better than going to church or mosque. Do not misunderstand me, there is no In Jesus Name where they are voting.

“That is why you have been saying In Jesus Name and these guys have been doing the same thing. There is no voting on social media. It is a physical exercise. If by now you have not gotten your Permanent Voters Card, you have become part of the problem of Nigeria. I tell you that.”

The actor turned lawyer, has become one of the many celebrities who have spoken about the need for Nigerians to get their PVC for the 2023 general elections. Among others are Falz, Mr Macaroni, Peter Okoye(P Square), Davido, MI Abaga( Now Mr Incredible) and many others.

Kanayo is known to be one of the most popular thespians in the Nollywood movie industry, he has been active in the industry for over two decades, the actor has also featured in popular movies like ‘Lion Heart’ and the two series of the award-winning movie ‘Living in Bondage’.